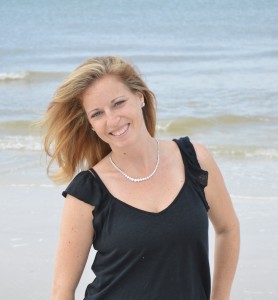 Once Upon a Time…
…there were Twinkies. The spongy cake shaped like a log, filled with delicious vanilla cream, able to stay on your shelf longer than most parrots are alive. As a kid I ate them like they were going out of style. There was one in my lunch box every day.

But it wasn’t just the Twinkie’s. For breakfast I ate Capt’n Crunch, Corn Pops, or bagels with cream cheese. For dinner, Steak-Um sandwiches with french fries, except if it was Saturday, in which case it was a McDonalds Big Mac. I didn’t eat veggies…unless they were from a can. Canned green beans, canned carrots and canned corn.

As a kid, I ate tons of junk. I lived off of Fun Dip, Nerds, Hostess cupcakes, Ruffles potato chips and any other junk food I could find. I drank Coke or Pepsi at dinner every night. I ate white bread with bologna, Kraft Macaroni and Cheese, and tv dinners with salisbury steak.

You get the point. I was a kid. I wasn’t overweight. But I was unhealthy.

In high school, even though I was pretty thin, I hated the way I looked. I developed an eating disorder. I was afraid of getting fat, so I did anything to not let that happen. I would starve myself everyday. In my head, it made sense to only eat a cookie at lunch and maybe an orange during the afternoon, and nothing else.

Nobody knew this was going on. I was great at hiding it. I wore baggy tops that hid my body, but tighter pants to let everyone think I was fine. At least I thought I was good at hiding it. Only one person called me out. My high school peer counselor. She noticed I was getting skinnier and skinnier and wasn’t eating lunch. A few threats to put me in a treatment center later and I was able to get my act together.

In a college far, far away…
…I drank. I ate lots of chicken wings. I ordered pizza at 1:00 in the morning from Dominoes. I was a typical college kid enjoying life, until I started experiencing severe abdominal pains which lead me into the emergency room one night. It had nothing to do with drinking. And from what I was told, it had nothing to do with food either. It was a “female problem” solved by “female medication”. Or so I was told.

When I graduated from college 4 years later, the pains got worse. I was still taking the same medication and it wasn’t helping. I noticed that when I ate certain foods, the pain would be heightened. So I decided to see another doctor. I was told, after invasive tests, that I had IBS, or Irritable Bowel Syndrome. That basically meant that my colon was irritated from certain foods or stress or anxiety or anything else happening in my life. The truth is that a diagnosis of IBS basically means that something is wrong but the doctors don’t really know exactly what. I made the choice to cut out dairy from my diet. I knew it was an irritant so I thought it would help, and it did for a little while.

But then things got worse. All too often I was curled up in a ball from pain and I couldn’t take it anymore. Anything I ate upset my stomach and I was miserable. So I went for more testing. I had my first colonoscopy at 28 years old. After a miserable experience of prepping for this procedure, it was determined that I had colitis. Inflammation of the colon caused by a variety of food and factors. I was told to cut out anything that upsets my stomach. I could have told the doctor that without having to stick a camera up my…well, you know. So I began keeping a food journal. I wrote down everything I ate and how I felt afterwards. I had good days, great days and horrible days. I will say that the latter dominated most of my days.

This process went on for a few years. I was frustrated. I had no clue how to eat. And there were times I was both starving and bloated simultaneously. It wasn’t until May of 2008 that I made a lifestyle change. By the time I was 32 I had had my third colonoscopy, and when the doctor told me that I had to be medicated, I cringed. There was no way I wanted to be on medication for the rest of my life. There had to be another way.

After my daughter’s dance recital, I was sitting outside in my backyard in excruciating pain. I was fed up. So I made the extreme decision to go gluten free for a month. Why not? It couldn’t hurt. Well, that month was the first time I felt amazing in a long time. It was my first step towards ultimate health.

From there, I made other changes. I became a pescatarian (only ate fish) and still stayed away from dairy. I also started on my fitness regime.

And she lived happily…
…every day. I am now 40 years old. I have figured out how to eat healthy and how to help my body feel good. I’ll admit that some days can be a challenge. I’m human, after all. I sometimes fight the detrimental thoughts about my eating disorder. I am on a gluten free diet, but I am no longer a pescatarian. I only eat poultry and fish, no red meat for me. I follow somewhat of a dairy free diet. I do not drink regular milk, nor do I keep many dairy products in the house.

I’m healthy. But most importantly, I’m happy. I have come up with a solution where I thrive without feeling deprived. Where I enjoy treat days and don’t stress over cheat days. Where I can see and feel results. All without feeling left out.

And that’s what this blog is about. Living a healthy lifestyle. Living with a healthy mindset.